Scientists, One Step Closer to Curing Type I Diabetes 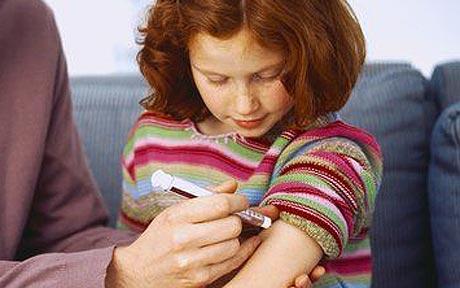 They are primarily two types of diabetes, commonly referred to as Types I and II. Type II diabetes is the more common and treatable variety of the disease. It typically has a much later onset and is more commonly due to poor lifestyle choices such as improper diet and lack of exercise. Type I diabetes, often referred to as diabetes mellitus,  has an early onset, many times affecting children as young as 8 and in some cases, even younger. The effects of Type I diabetes are far more detrimental to a person’s health and many times leads to a host of other medical problems later in life.

But a recent discovery at Colorado University may one day lead to methods of treating Type I diabetes. Scientists have known for years that Type I diabetes is an autoimmune disease, —or a disease that causes a person’s own immune system to attack their own body or cells. Despite knowing the nature of the disease, the trigger that causes the autoimmune response has never been found. Scientists at CU, after ten years of study,  have tracked and discovered a new type of protein made of half insulin and half, “something else.” The new protein triggers the body’s immune response the insulin and insulin producing cells are destroyed as if the cells were harmful to the body.

The next direction for the CU scientists is finding a way to turn off the immune response to the new insulin hybrid. Scientists say that this discovery could also have enormous implications in dealing with other autoimmune diseases.

Every month, I help Type I and Type II diabetics get coverage — in many cases for the first time. If you know someone who suffers from either form of diabetes and has had trouble finding coverage they can afford, contact me today for a free consultation.